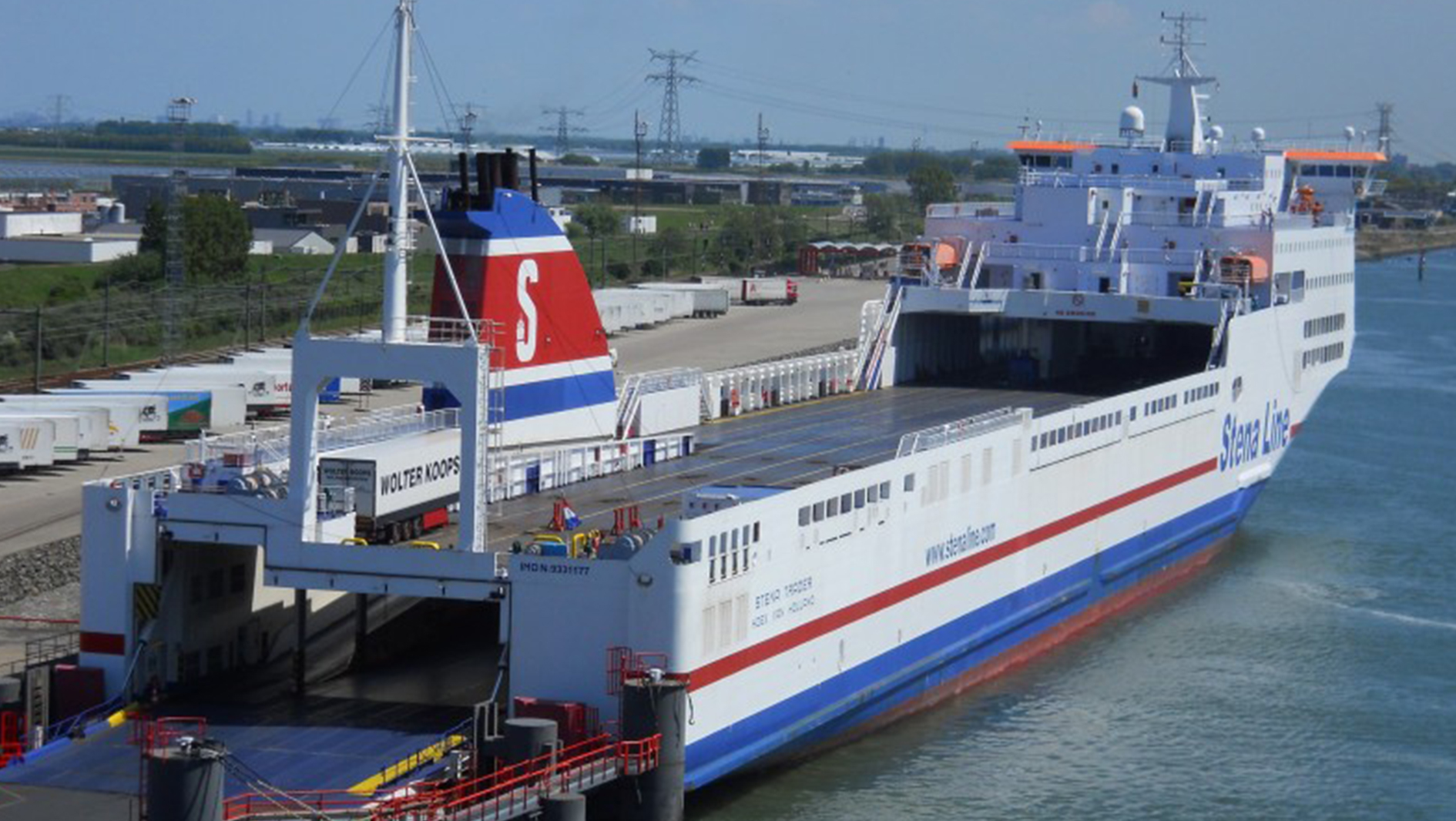 The first set of tests was carried out on a cross-channel ferry operating between the Hook of Holland and Killingholme in England. It is owned and operated by Stena Line and named “Trader”, shown in Figure 1. This ship is a 212 m, 26.7 kilotonne vessel. The main propulsion is provided by two B&W MAN engines with a total power output of 21.6 MW, The ship also has two auxiliary power engines running on marine gas oil (MGO) and provides the electrical power for the ship.